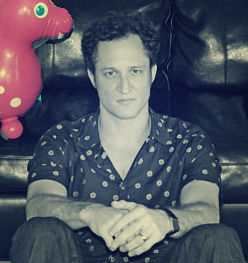 He’s going to kill me for writing this (or maybe not).

I first met John Reed during a summer writing intensive where he was teaching a two-hour screenwriting workshop. I was immediately taken by his relaxed demeanor, and the simple and easy way he taught. So much so that when, with his boyish smile, he plugged his fiction writing workshop for the following semester, I made note to attend.

That fall, I went to sign up for the class and found that it was full. When I went to talk to John about the travesty he shrugged it off. “Don’t worry,” he said, “someone always ends up dropping. Sit in for now.”

I went to class one week, then the next, and then the following. “Well, I guess we’ll have to over-tally this semester,” he said.

I learned very quickly that two-thirds of the fiction workshop were repeat customers. They had found growth and success before with John and so had returned. And over the semester I found out why.

It wasn’t profound teaching (or in fact maybe it was), but more the effortless spirit with which John led the class. There were no specific rules, only practical notions. John was not opposed to writers speaking while their pieces were workshopped, but he would say, “It’s my feeling that the more you speak the less you get.”

He had a way of understanding each person and each process. When someone was stuck or frustrated with the work, John supplied a personal anecdote, which somehow always spoke directly to the conundrum, and, in my experience, always did something to solve the problem. He understood the challenges of the creative process, knew them personally and empathized completely.

When I signed on for his digital media class this spring, it was for no reason other than John. I didn’t particularly care for online content. Still, I figured I was in good hands.

Over the semester, John bombarded the class with readings, all of which concerned the state of writing and literature in the face of both globalization and technology. Some writers seem to believe the open stream of fast and free content the internet provides will lead to the ultimate death of literature as a art. Others see it as practical change, an opportunity to push the limits of the form. Ultimately there is a great divide as to the opinion of how our world’s changing climate will affect the written word.

Beneath it all, though, is a clear picture of a community confused, at odds with itself. But despite a thousand varying opinions as to how to manage the changes, it is John’s attitude that has had the most profound effect.

John is like the boy on the sports team whom each of his teammates seeks out for advice; and after speaking to him, each plays a perfect game. I’ve known John for almost a year now, and above everything I have learned this truth: that a combination of practicality and positivity is the most direct path to flourishing creativity. John understands that the creative process is hard enough as is and that there is no need for added difficulty. “It’s best to cut your problems,” he’ll tell you. And the only problem now is negativity.

The way he sees it, it’s all good, for the written word—no matter its form—always has the potential for beauty. Whether online or on paper, published by Random House or printed in an apartment house, words shape and always will shape art and society. And as he says—with that same boyish grin he had when plugging his fiction workshop a year ago—“Don’t try.”