She Hath Writ Diligently Her Own Mind: Elizabeth Childers
in conversation with Bean Haskell

Was it the passion in the gesture of her hands reflected in her bright red lipstick as she spoke that launched the nebulae of my aesthetic crush on Elizabeth Childers? Was it the magic of my first semester back at university after a long hiatus, this time at a school and program I liked very much (Riggio, of course)? Was it the fact that the class wherein I had the pleasure of making her acquaintance was called The Writer’s Playlist, melding music and literature and everything nice? Was it the fact that her dimples were as pronounced as the poesy of her presence was mysterious? Was it the fact that she wore a beret and a cape? Whatever the marker, Elizabeth carried around her an aura of inspiration, a sultry perfume of creative passion I wanted to drink as heartily as the fresh pages inundating the return of academic ebb and flow. And the best part is, despite having put her on this celestial dream-woman pedestal, I found that Elizabeth is down to earth, friendly, inviting, and generous with her elegant gift. Indulging my copious nosy inquiries, Elizabeth relates with gorgeous lyricism and bounce her travels, spinnings, and adventures. 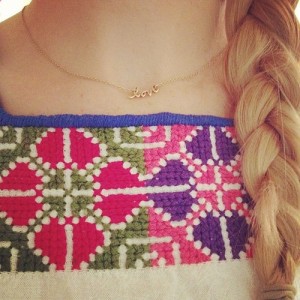 I grew up in a secluded scientific community in California.  No mall, cinema, supermarket, gas station, or street light.  Time was spent reading encyclopedias, Stephen King, Greek Mythologies, or—oh there was a great series called The Wheel Of Time I was obsessed with. We ordered books through a catalog back then.  When I wasn’t reading, I was climbing trees or pretending to be an opera singer while walking through the woods.  There were observatories where I grew up too, so there was the chance to look at the planets or far away stars.  My neighbor discovered comets.  Everything was mysterious and beautiful, but it was also totally away from any other kind of social cultural activities.  I left nerdville while I was still a teenager, dropped out of high school, and spent the next few years nomadically wandering up and down the West Coast, went to raves and goth clubs, Burning Man, backpacked in Alaska for a summer, and so on.  Basically, collecting life experiences, getting into and out of trouble, and meeting strange characters who proved that the grown-ups drawn in children’s books really did exist.  That was the mid-’90s. By 2000, I’d finally found my way to Brooklyn.  I continued to write and draw, took art and photography classes at SVA and Cooper Union, and began traveling to Europe, which had been my dream since I was a little girl in the forest.  I was working as an optician at a boutique to pay bills.  It’s not bad work, there are tons of interesting people to meet from all ranges of life.

Originally I’d been planning to attend Columbia’s General Studies program. I’d had a conversation about Columbia with a client who mentioned the New School was comparable, and, in their eyes better than the Columbia program. I was accepted to both but chose the New School because of the separation from the traditional undergrad school; as a thirty-year-old I wanted to be around other non-traditional students like me. It’s a great thing about The New School that there are university-wide programs as well as access to taking classes in the other schools (Parsons, for example).

My focus is Historical Studies, but I’ve always written creatively for pleasure. I started taking poetry/creative writing classes after two years of academic masochism; I needed to let my head breathe a bit. Everyone I met involved with the program has been full of warmth and support. I wish I’d been involved longer, more integrated with the community.

Riggio courses produce challenging and supportive environments. Everyone has a level of confidence which pushes their peers further. This atmosphere didn’t exist in any of my other classes in quite the same, effective, way. Must be the level of trust given to the students. That is to say, no one was being micro-managed (or needed to be) and that contributed to the level of creativity. Tom Healy’s class was a ton of fun and forced me to experiment with my approach—I find this maneuvering room, or the challenge, important to braking stagnation within form or themes. 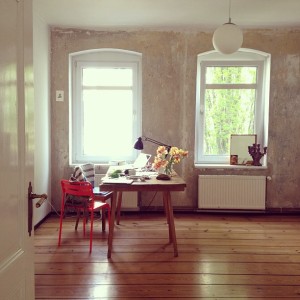 I often go back to notes I’d written years or months before, for example a gibberish memory; then turn it into a poem, still sneaky abstract though. Then (usually after some block of time has passed again) take that piece and expand it into a fiction or essay. Depends on the prompts. The going back into the folders of notes and finding something inside of them to expand is a relatively newer approach; before I’d been in writing classes I just wrote—one draft, done. Doing that and working it within a structured assignment allowed me to work more on the crafting and less time on the memory or finding inspiration. In the Writer’s Playlist class we had together, we used music playlists as the boundary and it was a fresh construction to work within. I had to do more creating in terms of subject matter.

I am sad that I can’t be a part of the community now that I’m out of NYC. I’m currently enrolled in non-Riggio classes online, finishing up my degree. Unless I return, I won’t be able to produce a thesis writing project, or take advantage of any of the other program offerings. It would have been interesting to work on an independent project while here that could contribute to the Riggio program—especially under the tagline of Writing and Democracy.

Online courses are challenging and extremely time-consuming. And you miss out on a real fundamental aspect of a classroom, which are those spontaneous in-that-precise-moment discussions where students (and professors) really bounce ideas off of each other. I’ve very rarely had ‘EUREKA!’ moments with online classes—although I have had them and it’s entirely due to the quality of the professor and their grasp on the material.

I don’t envision returning to NYC. It was a good time for me to finally exit the city. As hard as it was to leave friends, and the academic community, the lure of adventure was too strong—it’s hard to turn down a chance for new life experience. And as my mum would say it, you have to live the adventures so you can write about them; how can you write about life if you’re not living it!

Last year was amazing and stressful. Part of moving to Berlin has to do with wanting a challenge, in the same way that I moved from Portland, Oregon to NYC because I wanted to be pushed more. It’s why I left San Francisco, got rid of everything except for a backpack, and went up to Alaska for a summer, for example. I think difficulty is a good thing from time to time; it breeds creativity. New York never stopped challenging me, but I got tired of what she was asking me to do.  While the city is inescapably alluring, it also fosters an intense consumer culture, and competitiveness, that were starting to seep into my way of being. I started to get the feeling that if I stayed too much longer I was going to become just another one of those jaded and neurotic New Yorkers. Living in New York is like dating an insufferable but sexy rock star; you feel good with him, you know he’s hot, but he’s way too into himself and his band.

Life now is humbler. It’s slower-paced. It’s bicycle riding through smooth streets, past green trees, and pink blossoms with warm sunshine breathing on your skin.  It’s café talks with expat friends about culture and politics and those crazy trousers worn by the man who just walked by. It’s German family dinners with kids and grandparents and cousins and second cousins and tomato sauce on everything, but who cares because there’s hearty laughter. It’s learning how to use the washing machine, which bottle is detergent and which is fabric softener, what does this insanely long word mean, why do Germans stare, and why there are so many playgrounds here. It’s going to German parties and feeling ashamed because my Deutsch is nicht so gut, and then being outside of conversations swirling by, feeling invisible.  It’s going to the Markthalle Street Food Thursdays and being annoyed by all the English spoken around, the inauthenticity of it.  It’s expat parties and being thankful for all the English, and not feeling invisible.

It’s being creative full time, which is wonderful. It’s waiting to get the floor plan for opening a breakfast café in order to estimate renovation costs, then who wants to invest. . . . Which is fine—I’m busy enough at the moment. There are some longer-term creative projects taped to the wall (I’m a bit superstitious in this realm, though, so I won’t mention what they’re about), and an academic one with my advisor, Gina Luria Walker. Gina heads Project Conitnua, a collaborative effort to restore and preserve women’s’ intellectual history in a searchable archive online. It’s an amazing undertaking, still in its early days, with many inspiring scholars involved.

I’ve been working on various new projects since arriving in Berlin—literary and visual media—which will be on my website come summertime (eachilders.com).  And in July I’ll be documenting a bicycle trip from Geneva, Switzerland to Nice, France. Three people, three bikes, five or six hundred kilometers, six days: sore muscles and sunburns!

Elizabeth Childers‘ poems are scattered in the abyss like petals, or messages in bottles, under varying pen names. Some of her writing has appeared in The Vanderbilt Republic, 12th Street, and Slow Travel Berlin. Her photography, drawings, and literary musings can be found on tumblr and flickr under the handle Anabelzenith.

Bean Haskell is an interdisciplinary scholar at The New School for Public Engagement. At once the gender-neutral royal figure of apologies and gratitude, possessor of an excellent self-trashing machine, and the weird stranger whom you somehow feel comfortable talking to, Bean seeks to participate in the bridging of social movements and the arts. The Brooklyn Baby Whisperer, retired. Elderly in spirit and bones and muscles, upchucking in the dance of city traversing, The Mother Theresa of Monsters has no true origin or destination.