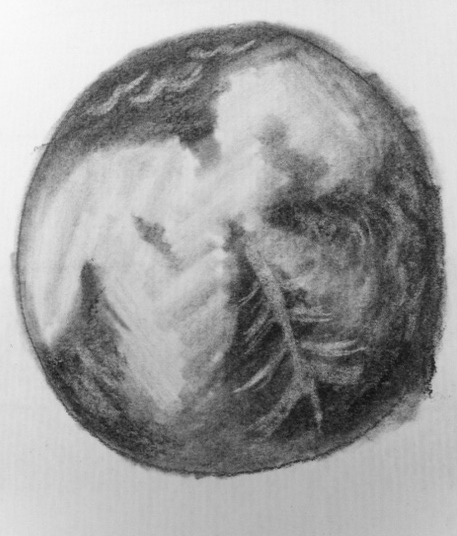 Who is “the writer in the world”? Aren’t all writers situated within the world? Aren’t we all? The quill carries with it a fertility in the ink, but also a responsibility. The Riggio program explores the relationship between Writing and Democracy. The latter term is open for interpretation and appropriation for each member—faculty, student, or otherwise—to reinvent and manifest the consanguine dance of our literary inquiries and the global context. For me, there is no other way to behold that which commands beholding. Developing a consciousness proves at once inherent and mandatory. The quest to an informed application of said consciousness toward a more just world at once weakens my knees and strengthens them. It breaks, it builds, it humbles. If I must write, then I must fulfill the urge beyond an impulse to create. It must be fueled by an ironic sense of destruction: that of the structural violence of social constructs. To destroy, in this case, is to create. Behold, a new cycle. A surrender: but to Hope.

The audio poem above is an offering of my duty to meld the personal and the political, the literal and the negative space, the anarchic and the aesthetic. It is also a risk: a venture out into “the writing world” as presented and perceived through a New York, New School education. Thoughts familiar as rain to my mind when silent; yet as foreboding as cliff jumping to my ears, for it is an exercise in self-mortification to descry this mutant sound that comes through a recording from my mouth. To face the sound of an external self—to face my words as a writer in the world, with all its echo and its shadow—to write thus aloud is a whole different democracy entirely.

Bean Haskell is an interdisciplinary scholar at The New School for Public Engagement. At once the gender-neutral royal figure of apologies and gratitude, possessor of an excellent self-trashing machine, and the weird stranger whom you somehow feel comfortable talking to, Bean seeks to participate in the bridging of social movements and the arts. The Brooklyn Baby Whisperer, retired. Elderly in spirit and bones and muscles, upchucking in the dance of city traversing, The Mother Theresa of Monsters has no true origin or destination.