The morning before the celebration of the first year anniversary of the blog The Inquisitive Eater: New School Food, the Food Studies Department sent out a jovial message to the student body: “There will be food, booze and lots of arty, foodie, awesome people there!” The event was a mingling of blog enthusiasts and writers.  Each attendee gathered a colorful plate of cheese and a glass of wine and settled down to enjoy both intellectual and creative reflection on gustatory experiences. 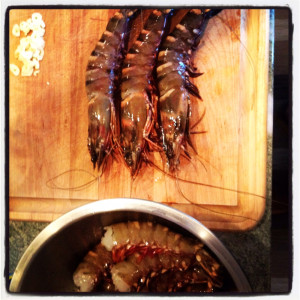 Editor-in-Chief Luis Jaramillo sauntered up to the podium, giving a brief introduction of the past year of an idea actualized, including praising the blog’s team and the contributors who comprised at least half of the people attending the event. Jaramillo, Associate Chair of the School of Writing, and Fabio Parasecoli, Associate Professor and Coordinator of the Food Studies Program, came together the previous year to develop the idea for creating a forum to express both the academic and non-academic worlds of food. They successfully received funding from the school and since then have reached readers both nationally and internationally with their findings. Jaramillo highlighted the high quality of the submissions to their blog. He also noted the enthusiasm of Laura Cronk, Poetry Editor, in the discovery of such an abundance of talent in the burgeoning food writing field.

After applause from the 30-some person audience, the literary celebration of food began, with readings from seven individual writers that had had their works published on The Inquisitive Eater. Gender roles, social status, romance, intellectual life, restaurant culture, the grotesque, and the pornographic were channeled through the medium of food. 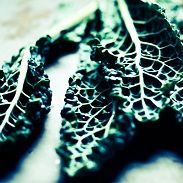 Leah Iannone, writer for 12th Street and The Best American Poetry Blog, divulged her fond feelings for cake in her poem “Pink Slime.” She expressed a dual food personality that straddles a line between beautiful confections and healthy arguments about “stalks of celery.” In her poem “Green Is Good,” author Lori Lynn Turner, also an administrator of the School of Writing, explored the political correctness of healthy eating:  Her character Serena uses “clean money to buy her beloved greens.”

Even Allison Scola’s non-fiction academic essay “I canoli” was greeted with playfulness. Scola, the Director of Communications at Columbia University, highlighted carnal debauchery and imagery of male genitalia as integral to the history of this famous Italian dessert served at Carnivale. Roberto Montes, MFA student at The New School, bridged the world of the gentle scholar and sensual cooking in his piece, “Cheap and Easy Recipe for the Frugal Intellectual.” In both texts, one finds nourishment through the heart and body as well as the mind and stomach.

Descriptive food words act as an emotional passage for many of the writers; Nicole Steinberg, Editor of LIT, and Eve Turow, departing Deputy Editor of Inquisitive Eater, emphasized these connections through their romantic fiction.  Steinberg’s poems “I Need a Bill Murray” and “Getting Lucky with Meryl” wove food imagery into her larger desires for romance and acceptance from pop culture:

I Need a Bill Murray
Mostly to turn off  the lights and make eggs.
To take silent milk baths.
To tell me I’m the jerk.

Turow’s piece, “A Missing Ingredient,” explores an amuse-bouche tasting of New York single life, in which the speaker mistakes a common love for food as chemistry in dating:

Perhaps the titillation and excitement of it all blinded me to the
most obvious realities, or maybe, in my discouraging and frustrating
search for a compatible partner, a little sizzling, sautéing and simmering
was just what I needed for a few weeks time. 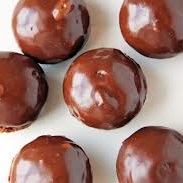 The one taste of the less glamorous restaurant scene came from Anya Regelin, a professional cook and MFA student, in her story “Time to Make the Donuts.” Regelin’s discomfort in this macho kitchen is subdued when she places small pellets of burnt chocolate donuts on the Back of the House toilet.

I ducked into the washroom and lay one of the donuts on the edge of the toilet seat.
I put the other on the floor right beside the toilet, and kicked a piece of crumpled toilet paper next to it.
I stood back to survey the scene: subtle, authentic, and completely gross.

Eve Turow stated that being Deputy Editor for The Inquisitive Eater has been one of the most formative experiences of her time at The New School as both student and employee.  She will be graduating in the spring and leaving her position. Being a curious eater relates the consumption of ideas and experience to a tangible, edible medium. In this light, The Inquisitive Eater will be able to continue to serve up fresh stories.  The Eater family will grow naturally and organically, reflecting the diverse food movement itself.

Jessica Sennett is a freelance cheese educator and food project builder. She is using The New School to create a program combining food writing, the arts, and community development.